In my experience there are two upgrade methods for BizTalk Server environments. You either (1) buy new hardware and rebuild from scratch by installing the latest versions of Windows Server, SQL Server, etc. or (2) perform an “in-place” upgrade where you simply install the new version of BizTalk Server to replace the existing version.

While I’ve personally done (and prefer) the former many times, while recently updating QuickLearn Training’s BizTalk Server classes to BizTalk Server 2013 R2 I decided to give the in-place upgrade a shot. I figured that Windows Server 2012 R2 and SQL Server 2014 weren’t bringing much to BizTalk table so keeping the existing SQL Server 2012 SP1 and Windows Server 2012 installations for another year or so would be fine. Additionally since our courses utilize virtual machines there’s no hardware/software entanglements to consider.

Unless you’re upgrading a development system this step likely isn’t required but in my case the virtual machine is used for QuickLearn Training’s Developer Immersion and Developer Deep Dive courses. Although Visual Studio supports side-by-side installations of multiple versions I opted to remove Visual Studio 2012 since it wasn’t needed for our courses anymore.

This was pretty easy. I went to Programs and Features and chose to uninstall Visual Studio 2012.

Again, this was pretty easy. I simply accepted the default options for installation and walked away for 45 minutes. When I came back I saw this. 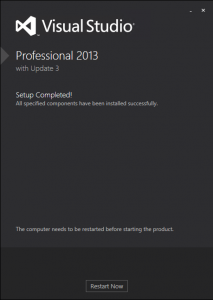 This is where I started feeling nervous. Would it work? Is it really going to be this easy? There was only one way to find out. Before starting the upgrade, I thought about the services used by BizTalk Server and stopped the following services:

I mounted the BizTalk installation ISO to the virtual machine and ran Setup.exe. 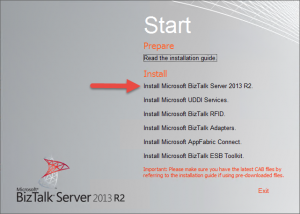 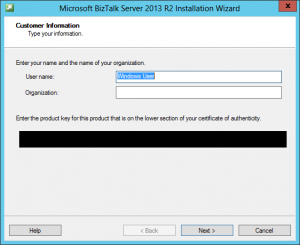 Finally, it knows I’m upgrading! I guess I was wrong about needing the Enterprise Single Sign-On Service stopped. 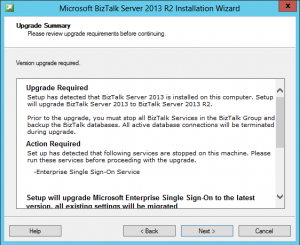 Start ESSO and now we are in business. Hit Upgrade! 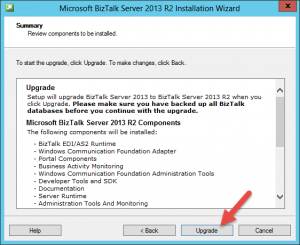 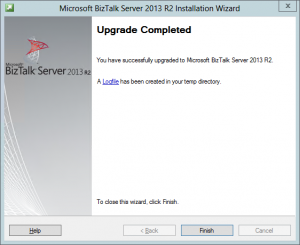 It’s been awhile since we installed updates from Windows Update so let’s run that.

I’m going to be here forever.

This upgrading stuff is a lot easier than I thought it would be. I strongly recommend it and I’ll probably use the same method when updating the Administrator Immersion and Administrator Deep Dive courses.